The parties were divorced on May 12, 1945, in the State of Washington. The decree awarded the care, custody and control of their minor child to appellant and directed appellee to pay $30 monthly for her support. Subsequently, they established residence in New Mexico, and appellant, having remarried, brought this action to collect $870, arrearages allegedly due her under the decree of the Washington Court. Shortly thereafter, on June 8, 1949, the parties entered into an agreement which expressly provides that appellant waives her claim to any amount previously due for child support, under the Washington judgment, and that custody of the child be given to appellee each year during the school term. It also provides that during June, July and August the mother was to have her custody and appellee was to pay $25 per month for her support. On the same day the agreement was presented to and approved by the court. Later, on April 14, 1954, plaintiff filed a motion to set aside the agreement and to enforce the decree of the Washington Court. The motion alleges that appellee had then defaulted to the extent of $3,490. She further alleges that the agreement was induced by fraud and that there had been a failure of consideration. As an alternative, she sought reimbursement in the amount of $3,000 for money which had been expended by her in the support of the child while appellee was in default. Defendant answered, denying the material allegations. He alleges that he complied with all the terms of the agreement; that on or about June 1, 1951, he sent the child to her mother in Florida; that thereafter appellant changed her address and that he was unable to locate them; that he had no knowledge of their whereabouts until the child telephoned him from Houston, Texas, and that he sent funds for her; that at all times he has shown proper parental care toward the child; that on February 15, 1954, appellant arbitrarily assumed full time custody of her. He then prayed that custody be awarded to him. At the conclusion of the hearing on the merits, the court made the following findings and conclusions: 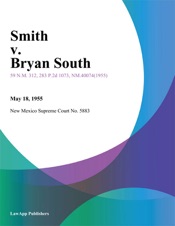